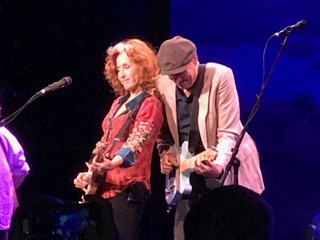 It really was an extraordinary experience.  I finally attended my first James Taylor concert!  I have “grown up” with JT, and have loved his music since I first heard it…back in (ahem) my “younger years.”  He was on tour in Louisville with his All-Star Band and the wonderful Bonnie Raitt (concert “opener”).  The talent on the stage was downright amazing.

The audience was full of “Medicare bound” individuals, and some had already arrived at the “Government Entitlement” doorway.  Silver hair everywhere in the audience and also IN THE BAND!  It was a reminder that as musicians, we can “do this gig” called music for a long time…those late years when we’ll be really good at what we do! 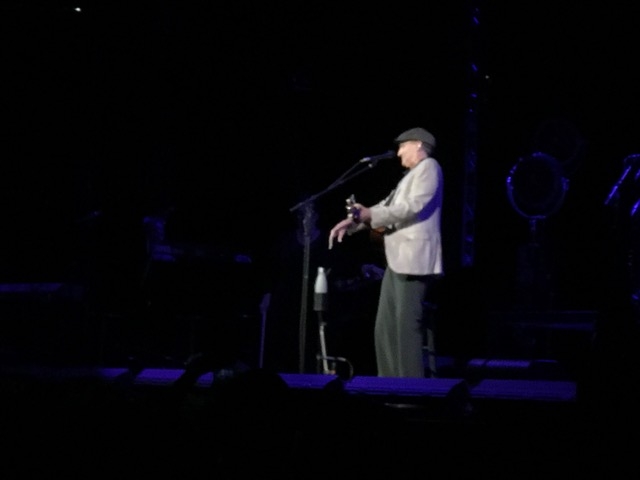 As the evening progressed, I thought I could tell that the sound system was doing strange things to the sound.  I thought I could hear the voice of JT coming at me from all over the arena.  In reality, I was hearing the most incredible sound for a music educator.  EVERYONE WAS SINGING!  Sound was coming from all around, and every word was sung…probably as a result of all the “repetition” we have experienced with James Taylor.  We were singing with him…all the time!  His folksy way of entertaining an audience was marvelous, and the time flew by.  I couldn’t tell that the “Medicare-bound” “in need of a nap” audience minded one bit to be staying up a tad past their bedtimes.  He was simply “The Best.”

James Taylor is one of the few performers who can go to mid-stage with only a guitar and a stool, and entertain for two hours…or he can bring the lights, staging, back-up singers, and props into the performance with equal perfection.  Whether he chooses Option A or Option B, we understand as an audience that the music is most important.  The music is central. The lyrics are paramount to understanding the song, and with JT, you can actually hear and understand the lyrics.  There was never any need to sing the words in a manner to produce a unique “color” to the sound.  James Taylor opens his mouth, and the uniqueness is there…totally there.  I sensed that Taylor was saying to all of us, “Hey…I’ve ‘been there-done that’ enough in my life.  I’m out here for the sheer delight of it all.  I love writing and playing music.  I hope you enjoy it.  I’m going to enjoy it, and…this is my gift to you.”

I might be totally wrong about all of that, but I know I’ve never seen the “main event” so involved with the success of the show at the “roots level.”  He seemed delighted to introduce Raitt to the audience.  Then…he brought Bonnie Raitt back at the end.  It was obvious that Taylor respected Raitt’s talent…didn’t need to prove anything…and was focused on actually showing appreciation to the folks on tour with him. 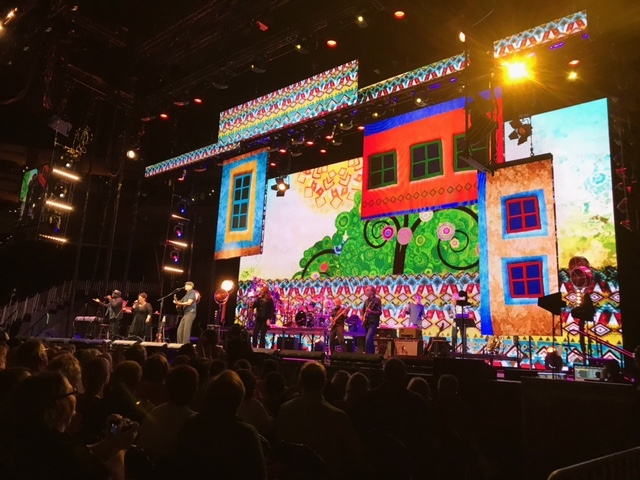 Honestly, I wondered if I was going to hear a healthy voice or a gravel-type vocal quality that would have me yearning for the “good ole’ days” of pure James Taylor.  I must say, to hear him sing, I wouldn’t be surprised if he is able to sing for another 10 years in concert.   He is just a tad over the Medicare minimum age, but I thought for sure I would hear some “not so right” notes during the evening.  Not one, folks. Not one.

I have only attended two performances in Louisville…both American icons…but the difference in the two could not have been more pronounced.  How refreshing to be in a concert when it seemed to matter to the performer that I was there.  Even with the “calls” from the audience and other non-quiet behavior, JT was cool, embracing it all, and seemed to know that “this moment is to be appreciated now.”

I suppose I am more aware of minute-by-minute gratitude for life these days because of recent experiences, but as I become more focused on the latter “fourth” of my life,  it is good to know that I can always be involved in this wonderful gift we call music.  I haven’t given retirement a thought really, but I have given a thought to exactly the way I might want to end my most recent project in the music writing area.  That is the task before me now.  I’ll get back to my work…inspired by James Taylor and his band.