The three men you see in the above photo are really special men.  My late husband is in the middle, and he is flanked by two men who were “with him,” walking with all of us on a journey…taking us as far as anyone on this earth could take us…the final memorial service.  We had a wonderful memorial service for Bill in Lexington, and then I went to Texas for another one, to grieve and mourn with the church my husband served for almost 17 years.

On the right is Dr. Steve Wells, the man who followed Bill as Senior Pastor at South Main Baptist Church in Houston. Steve was my pastor during Bill’s illness…listening patiently over the phone to me as a cried an ocean full of tears in his ear…then flew to Lexington to officiate at Bill’s memorial service here in Kentucky…then did the same at Bill’s service in Houston.  Panha Mey is on the left.  Bill hired him to be the pastor for the Cambodian Church of Houston, a church that met within the walls of South Main Baptist Church for several years.  Both spoke at the Houston memorial service.

I am writing this blog today to say that I am totally amazed with my husband’s process of remembering life and its goodness, and I am amazed to realize all the things he considered as “important.” Believe me, he kept every tiny little indicator of the importance of his flock…for the duration of his seven pastorates.  As I go through the files, I am amazed…and I’ve just gotten through two years of a 62-year ministry!  I am not sure I will ever crawl out from under this correspondence jungle, but one file at a time will likely be the process…and…I am not talking about electronic files!  I am talking about the old school paper, manila folder, labels, etc.

I truly wish I had done this earlier in my marriage to Bill, but it was his sacred territory…his letters…his sermons…his life.  I never looked in any of his files once for the duration of our “almost” 16-year marriage.  I know my husband so much more authentically because of the correspondence I have read and…yes….re-filed.  So far, I have found what appears to be 5,000 sermons (some duplicates), and if I were Bill, I would have been concerned that eventually there would be nothing else to say from the pulpit.  It seems to me that he must have gone through the Bible at least 30 times or so, using every scripture.  Of course, that is not the case, but the number of sermons I have found to date is astounding.

So…what kinds of things did I learn?  I think I was married to one of the most thoughtful men in the history of mankind.  He knew how to celebrate with his flock.  I found so many notes of thanks for pictures drawn during the sermon by children, congratulatory notes to adolescents who had accomplished something wonderful, notes of thanks for a particular sermon, notes welcoming new pastors into the Houston area, loving notes to Rabbi friends who were being mistreated by public statements of others, notes encouraging friends after the loss of a job, loved one, or a church, notes that made others feel supported and loved by their pastor…notes of thanks for notes of thanks.  Bill often stayed in touch with friends from earlier decades…just to say…we need to connect if you are ever in Houston.  Bring your wife…let’s share a meal.

I can see that he was true to the values he claimed, giving as much time to those who were downtrodden as he did to those in the national spotlight.  He took the time to write national leaders in politics, sports, religion, and any other area in which a beneficial voice might have made a difference.  He also took time to write inmates who needed an encouraging word.  Goodness!  I am proud of him!!

He shied away from no one, lest “the least of these” might be offended.  And then…there were those who evidently did not listen carefully, and because of his extensive FILES, he was able to quote directly the words he had spoken in radio spots, and every time, he ended with “the positive.”

Before he mentioned one negative thing, he overflowed with a “heaping” of positive on the recipient. Afterward, he said the things that needed to be said…some positive…some very straightforward and honest…then ended with another good dose of “positive future possibilities.” All-in-all, and good model to follow in administration, huh? Don’t get me wrong, he did not win every argument, and he did not succeed in retaining every church member who was disgruntled…but…he did not leave it such that he was removed from the person’s future life.  He could somehow find a place for the person to be acknowledged as significant.

I am continuing on in the re-filing process…saving files for his daughters, saving some for me that are meaningful, and once again finding gratitude in the fact that I was married to someone who was an authentic, effective, compassionate human being…all with the discipline of encouragement, courage for justice, and a vision and plan for the future. He seemed to be trying to make things flow more smoothly for all concerned, so that the goal of ministry was achieved in himself and his congregations. “Let’s get this done!” 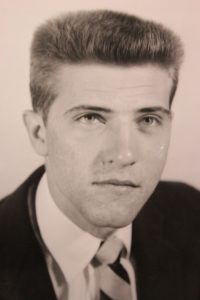 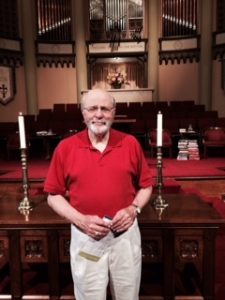 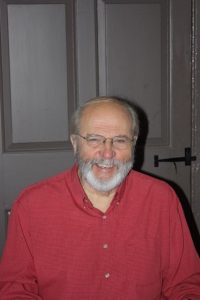 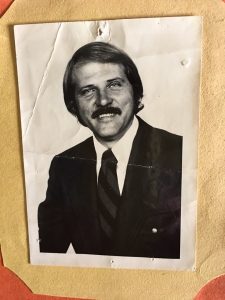 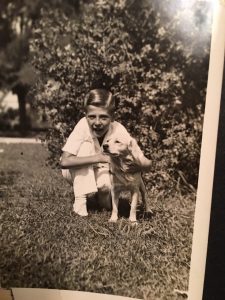