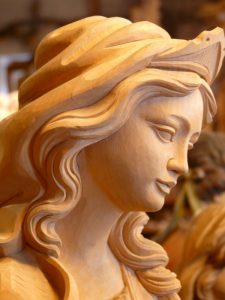 SSATBB A Cappella Voices, with Optional Accompaniment and Solo

This familiar hymn was written to celebrate the appointment of Dr. Everett McCorvey to the post of Artistic Director of The National Chorale in New York City, and is based on John Newton’s journey to grace. It emphasizes the theme “Lead me home.”

Newton worked on several slave ships as a slave trader, and was also captain of a slave ship. He renounced the slave trade after his second conversion. His journey to grace took at least 30 years, and in his later years, Newton encouraged a young William Wilberforce to stay in Parliament to garner support for abolishing the slave trade.

This arrangement is symbolic of Newton’s journey home…through “dangers, toils, and snares.” The “drone” of home (Lead me home) in the male voices enhances the emotional arrival “home.” The choir passes through several keys before returning to the “home” key of the journey, F Major. The last verse is the celebration of homecoming, and uses an optional soloist for dramatic effect.